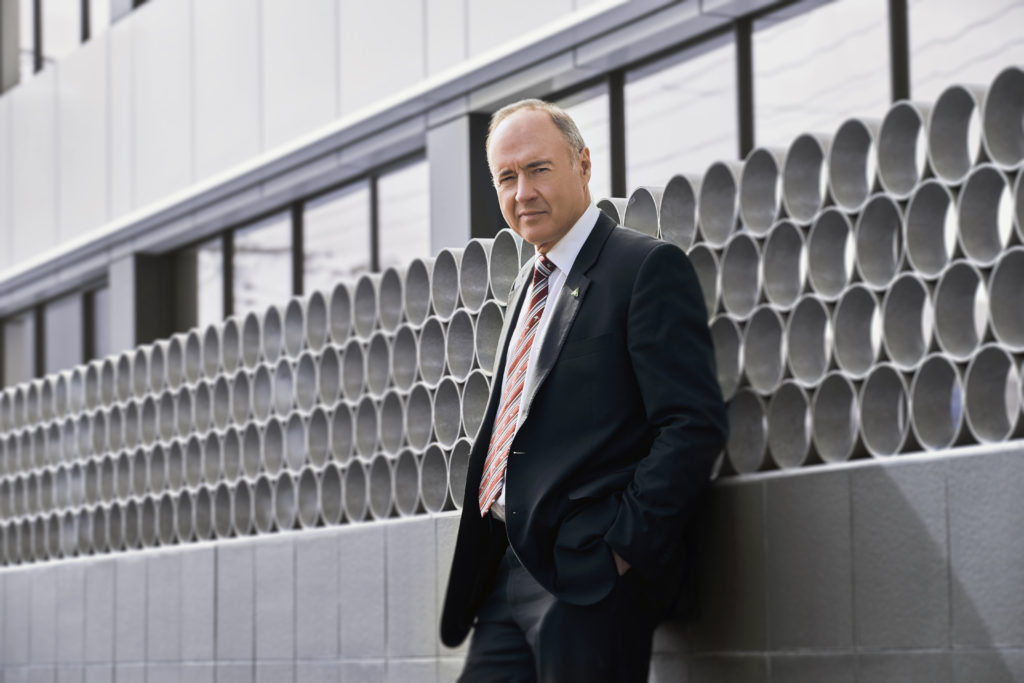 The Australian Made Campaign’s Chief Executive, Ian Harrison, has announced he is stepping down at the end of July this year, after 14 years at the helm of the organisation responsible for promoting and administering the nation’s iconic green-and-gold Australian Made, Australian Grown logo.

“After 14 years running this great organisation, it’s time to do a little less and give someone else a run”, Mr Harrison said.

“We’ve come a long way over that time and I’m very proud of what we’ve been able to achieve.

“Australia’s strong nation brand is a great asset for our business community and our economy, but the challenge always is to make that connection. That is exactly what the Aussie Made logo was created to do 32 years ago and, I am pleased to say, is doing so even more powerfully today.

“The logo is a well-known and trusted symbol by consumers the world over who are looking to buy genuine Aussie products.

“It’s been an honour to have been able to lead the Australian Made Campaign and I am thankful to the Board for giving me that opportunity”arrison said.

“Although stepping down as Chief Executive, I will of course remain an advocate for the AMAG logo and look forward to seeing it continue its great progress in the future,” Mr Harrison said.

In commenting on Ian’s pending departure, AMCL Chairman Glenn Cooper AM thanked Ian for his leadership and dedication in growing the Campaign and the AMAG logo’s brand equity.

”Ian has been an outstanding Chief Executive for the Australian Made campaign and all of us on the Board will be genuinely sorry to see him go. In his time leading the organisation he has built the strength and standing of the logo, along with the campaign behind it, enormously.”

“Ian was responsible for relocating the campaign office from Canberra to Melbourne and building the team we have now, which has been so successful in promoting and administering this great symbol.”

“During his time as Chief Executive, the number of businesses registered to use the symbol has grown by 350 per cent to 2700, and it can now be found on more than 20,000 products sold in Australia and around the world. This will increase significantly with its formal inclusion in the federal Government’s new country of origin labelling scheme for foods sold in Australia, which becomes mandatory as of 1 July.

“This traditional use of the logo is further enhanced by the enormous growth over the past 5 years in AMCL’s online presence, with our website now getting over 100K hits per month, the Aussie Made club boasting 32K members and its social media profiles totalling over 350K. These are big numbers and a great channel to market for our licensees.

“Ian has been a driving force behind the logo’s positioning as Australia’s global product symbol. It is used extensively in export markets, and to support this global presence, it is now a registered trade mark in the USA, China, South Korea and Singapore, with registration in 8 other Asian countries already underway.

“Under his leadership the Australian Made, Australian Grown logo has grown significantly in its stature as a much-loved Australian icon, synonymous with the quality and integrity of locally made and locally grown goods worldwide – a truly global product symbol for our growers and manufacturers.”

In respect of Ian’s replacement, Mr Cooper said, “Ian and the Board have been working on a succession plan for some time and we will be in a position to announce his successor at our July meeting.”