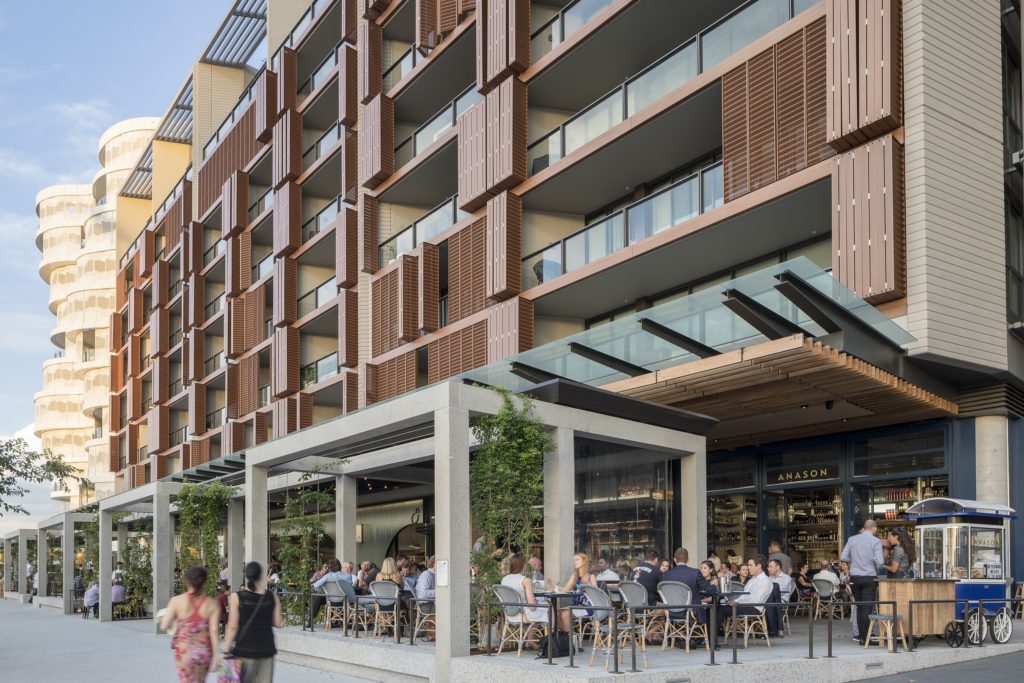 Sydney’s largest urban renewal project, Barangaroo South, has been presented with the nation’s most prestigious property prize, the RLB Australian Development of the Year. Lendlease was presented with the coveted honour at the Property Council of Australia / Rider Levett Bucknall Innovation and Excellence Awards in Sydney.

On completion in 2023, Barangaroo South will house 23,000 office workers, 2,000 residents, a six-star hotel and 80-plus cafés, bars, restaurants and retail outlets across more than half a million square metres of space.

“Barangaroo South also throws down the gauntlet to governments around Australia by showing when density is done right, it delivers.”

This year, 137 finalists competed for national recognition in 20 categories.

Mirvac’s EY Centre was presented with the SAS International Award for Best Office Development. According to RLB’s Managing Director NSW, Matthew Harris, the EY Centre is a “new breed of smart buildings in Australia”.

“Mirvac’s masterpiece is instantly-recognisable for its spectacular architecture, and has activated the ground plane and surrounding laneways, creating a well-connected bustling precinct,” Mr Harris explains.

“Diversity is integral to Slattery’s business philosophy. Sarah Slattery is the first female to lead any quantity surveying company in Australia, 41 per cent of the firm’s workforce is female and half of its growth sector leaders are women. These impressive statistics are well worth applause,” says Mr Morrison.

Meanwhile, the Moulis Legal Award for Diversity for companies with more than 250 employees went to Cushman & Wakefield.

Mr Morrison says the judges were impressed with Cushman & Wakefield’s “diversity culture that permeates all levels of the organisation, and that prioritises Aboriginal and Torres Strait Islander engagement, gender equity and disability inclusion”.

Rebecca Fitzgerald, a senior mechanical engineer with WSP, was awarded the du Chateau Chun Award for Future Leader of the Year.

“Rebecca is passionate about buildings and is a role model for other aspiring female engineers wanting a challenging and rewarding career,” Mr Harris says.

The S4B Studio Award for Best Heritage Development was taken out by the Old Clare Hotel in the Sydney suburb of Chippendale. “It’s a spectacular new space, carved out of the Clare Hotel pub and Carlton & United Breweries Administration Building, which honours its heritage while bringing new economic opportunities to the area,” Mr Harris says.

The Equiem Award for Best Project Innovation was presented to Project REDDA, an end-to-end real estate due diligence solution that automatically detects key risks in leases.

The Tonsley Innovation District in South Australia was presented with the KONE Award for Best Development Innovation for cultivating high-value manufacturing, leading-edge research and emerging industries.

According to Mr Morrison, the quality of this year’s entries reflects an industry committed to “driving innovation and delivering high-quality outcomes for Australians”.

“Property is our nation’s largest industry, and the Innovation & Excellence Awards honour the leaders who are shaping the future of our cities and building the communities for Australians to work, live and enjoy their lives,” Mr Morrison concludes.

RLB has partnered with the Property Council of Australia to present the Innovation & Excellence Awards program since its inception in 1982.

The 2018 Property Council of Australia / Rider Levett Bucknall Innovation and Excellence Award winners were announced on Friday 11 May at a gala dinner at the International Convention Centre Sydney.

A full list of winners is available online: www.propertycouncilawards.com.au