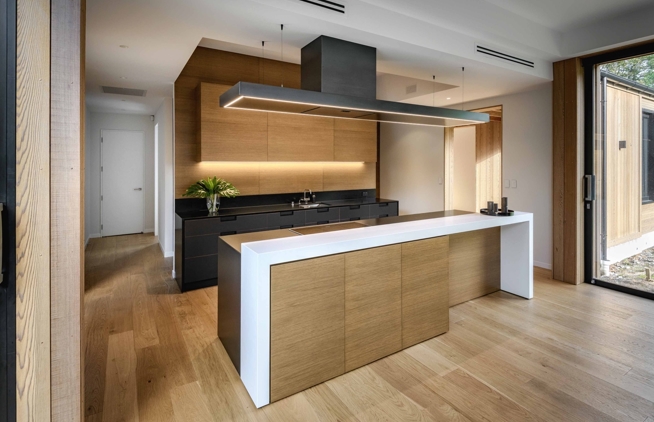 A modern, New Zealand kitchen design has taken out the top award for the world’s best residential kitchen thanks to its hidden sink, sleek benchtops and simplistic style!

Davinia Sutton, of Christchurch’s Detail by Davinia Sutton Ltd, received the International Design of the Year Award at the 2019 Designer Kitchen & Bathroom Awards.  Now in their 17th year, the awards are an annual event attracting entries from around the globe.  They are staged by the UK’s leading design magazine DESIGNER Kitchen & Bathroom.

The kitchen, called Heaton Street, is a sleek and inspired response to the client brief for an uncluttered, chic, smooth space created with edgy, urban materials.

Judges described the stand out feature of the kitchen as the Pure White Caesarstone bench that sits in the middle of the layered island.

“The island bench had to be a powerful design statement, the focal point of the space.  Caesarstone was the ideal choice due to its purity of colour and its incredible durability.  Its resistance to both staining and chipping meant the bench’s hero status would never be diminished by sustained use,” said Davinia Sutton of Detail by Davinia Sutton Ltd. 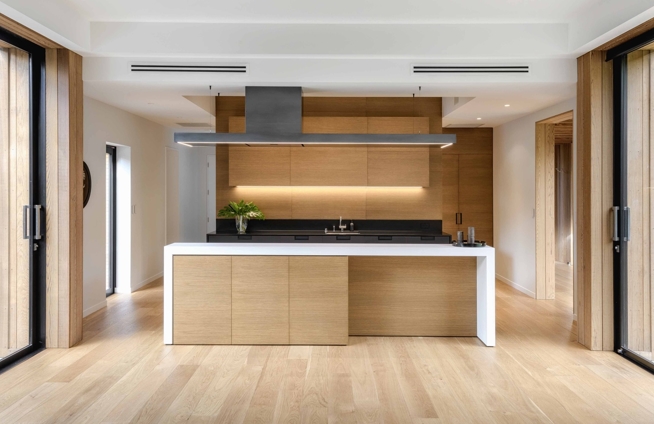 The Heaton Street kitchen is effectively split into two sections by the island bench, providing a front area for food prep, cooking and interaction with guests, while the sink – and associated ‘messy’ items – is placed to the rear of the island, out of immediate focus.  A separate zone, behind a veneered wall, provides out-of-sight storage, pantry and small appliance housing.  This clever floor plan allows the eating area to flow seamlessly into the main living space.

The Pure White Caesarstone, characterised by its pristine, clean and timeless aesthetic with polished finish creates an arresting focal point to a residential kitchen that has been recognised as the best in the world. 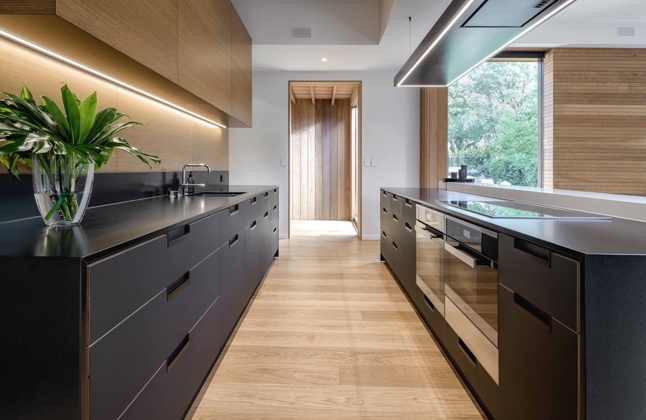