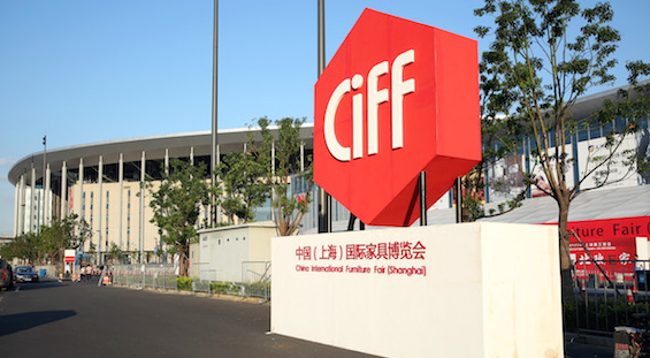 For decades China has reigned as the global hub of mass-production manufacture, indeed, many of us were raised on a steady design diet of ‘Made in China’. But China is a state in motion as it transitions from a country of makers to a nation of designers. Bracketing the design year with a pair of shows held first in Guangzhou in March then in Shanghai in September, The China International Furniture Fair (CIFF) is China’s flagship furniture exhibition. Housed in the world’s largest exhibition complex, the National Exhibition and Convention Centre, this September the space held more than 2000 exhibitors, a testament to the rise and rise of Chinese and East Asian furniture design.

Yet this transition has not been an easy one, the movements of change have been subtle, but the shift itself is seismic. They say imitation is the sincerest form of flattery, yet for years it has been the anxiety of imitation that has frightened Antipodean, American and European designers away from exhibiting in China. A market once notorious for plagiarising designs with reduced-quality replicas at discounted prices, China’s reputation for imitation is on the out, with new government-imposed IPR measures rapidly curtailing the production of brazen copies and fakes. Of course, the influence of Western furnishing trends on Chinese design remains pervasive, but Chinese tastes for Western design is becoming less of an imitation game and more an organic process of design and creation.

Cross-cultural design collaboration is slowly on the rise with a handful of trailblazing European designers working with Chinese brands. Amongst them is British designer Tim Wallace, who showcased at CIFF in collaboration with Yangzhou based brand, Omnipart. While in Europe Dutch designer Frans Willigers has cleared the desk ‘as good as dead’, in China a love-affair with the traditional office space is flourishing. In an economy with an ever-growing middle class and desk-bound work force, the taste for Western office furniture that captures the essence of the high-energy American workspace is one that continues to sit well on the Chinese palette, and inspires Omnipart’s focus as an office furniture designer. At CIFF the pair exhibited work stations with variable height systems, offering sit or stand capabilities and demonstrating both flexibility and functionality, coupled with a sense individualism and well-being that both recognises and meets the needs of the employee as a individual.

Across CIFF the promise of a human-conscious office design that moulds to the needs of the worker has been causing somewhat of a stir. SolidForm delighted attendees with their design focus on functional furniture that transitions from work to leisure, in the continued trend to establish a new Chinese work-life balance and an emerging ‘work-hard, play-harder’ philosophy. The Foldable Bed Cabinet (with its invitation for office-hours naps) may be lack-lustre in the design stakes, but the concepts that it represents are practically provocative, with a metal-framed single bed that simply folds out of an otherwise unassuming under-desk storage unit. Despite market leaders such as Goggle extolling the benefits of the unconventional office, workspaces that encourage play and relaxation remain rare enough in America and Europe, and in the Chinese market are practically mythical. The concept of workplace furniture that increases productivity by encouraging workers to focus on their own wellbeing is seldom spoken of in this market, and this foldaway office bed that blurs the boundaries between work in a home life is border-line revolutionary.

The focus on the office space was also found in full-force at Korean brand FURSYS, who set out to deliver in the workplace stakes with a range of mesh office chair solutions. Created in an array of bold primary colours with comfort-conscious mesh shapes suited to all body types, these chairs offer another user-centric approach. With a synchronised tilting mechanism that reduces stress on the lumbar, urethane padding on the arms and a locking system to secure the users personal position preferences, the brand’s focus on the worker’s comfort and wellness is at the very forefront of their designs.  Embodying the Fursys philosophy that the workplace is for living as well as working, in between the 2000 strong stalls at CIFF, Shanghai’s sentiments are clear – China’s lifestyle-focused design revolution is here, and it’s here to stay.