The winning design of the 2019 Architecture Commission, In Absence by Yhonnie Scarce and Edition Office will open at the NGV this weekend.

Occurring annually, the NGV Architecture Commission is an open national competition, which invites architects to create a site-specific work of temporary architecture, activating the NGV’s Grollo Equiset Garden. For 2019, architects were encouraged to submit ideas focusing on multidisciplinary thinking, collaboration and audience engagement.

Yhonnie Scarce’s and Edition Offices’ project In Absence is an architectural installation that invites audiences to better understand the long histories of Indigenous construction, design, industry and agriculture prior to the arrival of Europeans, including the permanent villages and dwellings of many Indigenous communities. 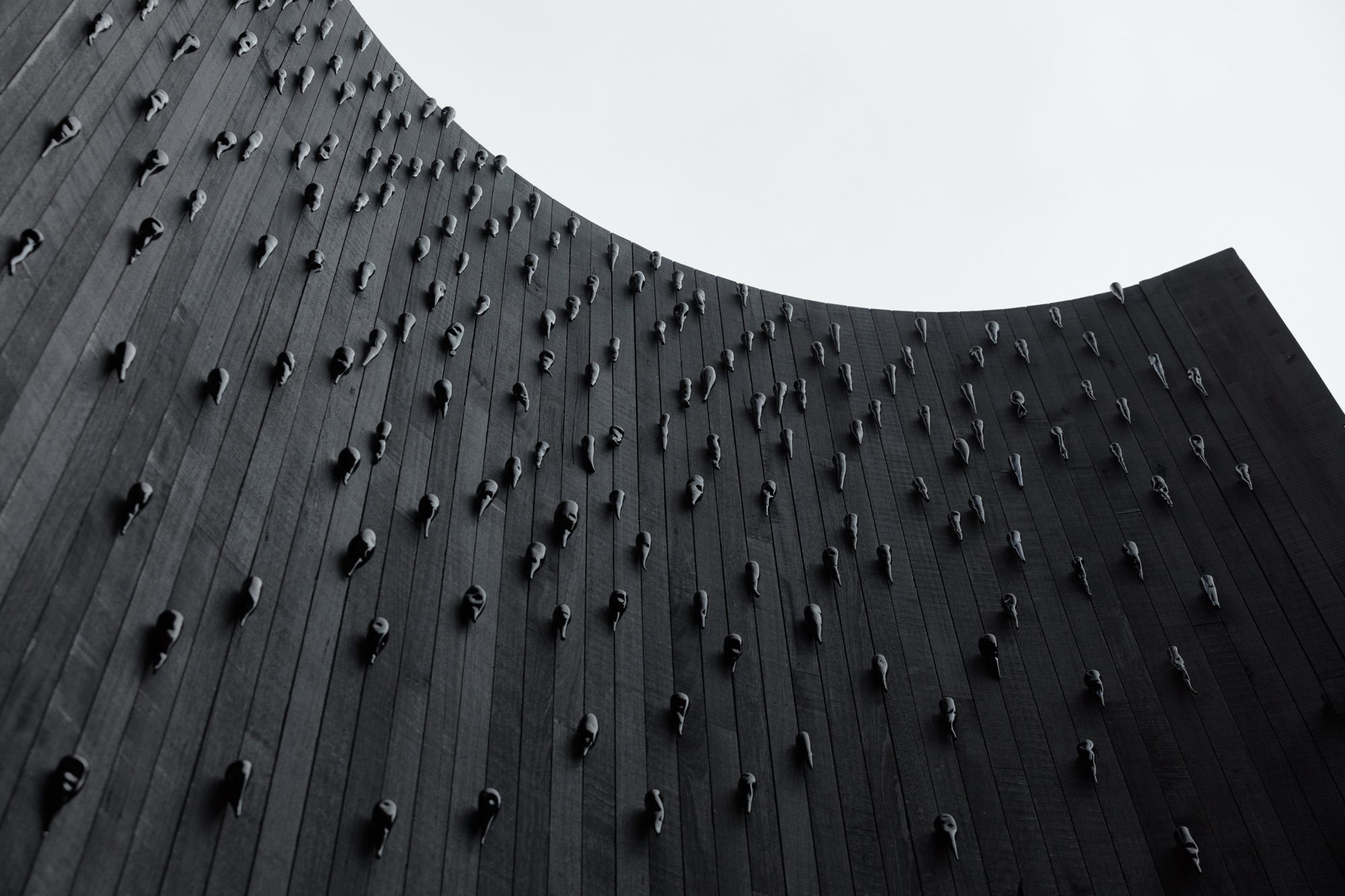 The dark and enigmatic exterior form of the timber tower conceals a textural and uplifting interior, composed of two dramatic internal voids adorned with black glass Yams by Yhonnie Scarce.

Yhonnie Scare said: ‘This pavilion does not recognise the term ‘Terra Nulius’ – instead it celebrates the structures that were built long before the colonisation of Australia. There were many Aboriginal builders of ‘houses’, aquaculture infrastructure and long-term agriculture that has existed for thousands of years. This commission is an amazing opportunity to acknowledge and celebrate the builders of such infrastructure and their enduring legacies.’

Yhonnie Scarce belongs to the Kokatha and Nukunu peoples of South Australia. Scarce holds a Master of Fine Arts from Monash University.

Edition Office is an architecture studio based in Melbourne. Through the execution of its built work and research, the practice is creating an ongoing series of figures, relics, stories and relationships; all continuing a greater investigation into material, spatial and cultural practice.

Tony Ellwood AM, Director, NGV said: ‘This thoughtfully crafted space displays a highly developed narrative drawn from a successful collaboration between an Indigenous artist and non-indigenous architects. The project acknowledges Indigenous cultural practice and shared culture. It is a place for cultural exchange, an uplifting place, drawing from a difficult past.’

A record number of 100 submissions were received for this year’s NGV Architecture Commission Competition from across Australia, with many responding to social and cultural narratives relevant to architecture and the built environment. Contemporary artist Yhonnie Scarce and Melbourne architecture studio Edition Office were announced as the winners of the 2019 National Gallery of Victoria Architecture Commission for their scheme titled In Absence as part of a one-night-only exhibition on 21 March, held as part of Melbourne Design Week at RMIT Design Hub.

The NGV Architecture Commission is supported by RMIT University, Macquarie, and The Hugh D.T. Williamson Foundation, and the competition process is managed by Citylab.

The NGV Architecture Commission is a component of the State Government’s annual Victorian Design Program.