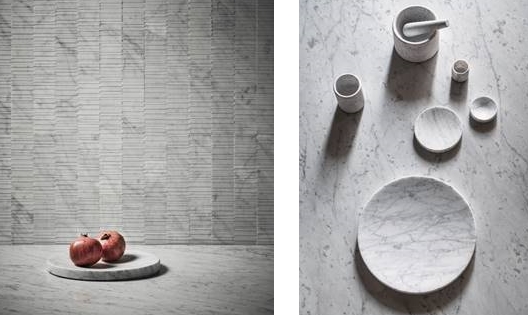 On Tuesday 17 September Pawson will join CEO Gabriele Salvatori and co-founder and creative director of Port magazine Kuchar Swara in conversation at Salvatori’s Wigmore Street showroom to discuss the role of natural stone in contemporary design. Following the discussion, the three will host a cocktail reception to celebrate Pawson and Salvatori’s new collection and toast to the opening of London Design Festival 2019. 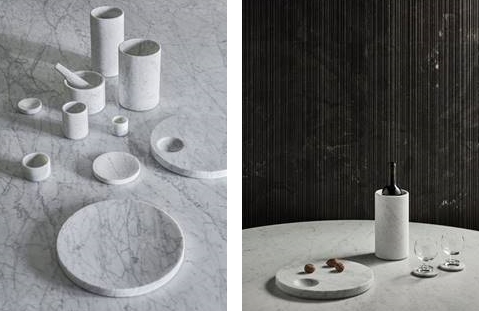 Originally launched in Milan at this year’s Salone del Mobile, the Ellipse collection is a family of vessels and utensils for the home designed by Pawson, a long-time Salvatori collaborator. Sharing a geometry and materiality – each piece is shaped from a continuous piece of Bianco Carrara marble – the collection is typical of Pawson’s expressive, minimal style: the simple forms of the vessels evoking a sense of calm and a spirituality. ‘I want to make things that generate an intensity of engagement, with everything the eye sees and the hand touches,’ explains Pawson of the guiding principles that defined this collaboration.

“John, a long-time collaborator of Salvatori, is revered for his simple, expressive architecture and the new Ellipse home collection perfectly demonstrates his famously rigorous approach. Most people don’t get to see the amount of care John puts into creating even the smallest object. When designing the collection, he spent countless hours perfecting each curve, manipulating the Bianco Carrara marble by a fraction of a millimetre at a time to find the exact, precise shape. No matter how long it took, we would not go into production until he was 100% satisfied with the design. Collaborating on this collection was a reconfirmation of how rewarding it is to work with John, a true master of his craft,” describes Salvatori CEO Gabriele Salvatori of the collaboration with Pawson.

Following the success of her ‘Hidden Rooms’ installation at Salvatori’s Milan flagship during Salone del Mobile, boundary-pushing architect and interior designer Elisa Ossino will reimagine the Marylebone showroom for the occasion. Following the theme ‘Finding Forms’, the ground floor will be dedicated to Salvatori’s growing Home Collection of accessories and furniture, while the underground level will see a significant renovation aligning the space with the Milan flagship. The artfully redesigned interiors will be revealed to the public upon the opening of the London Design Festival.