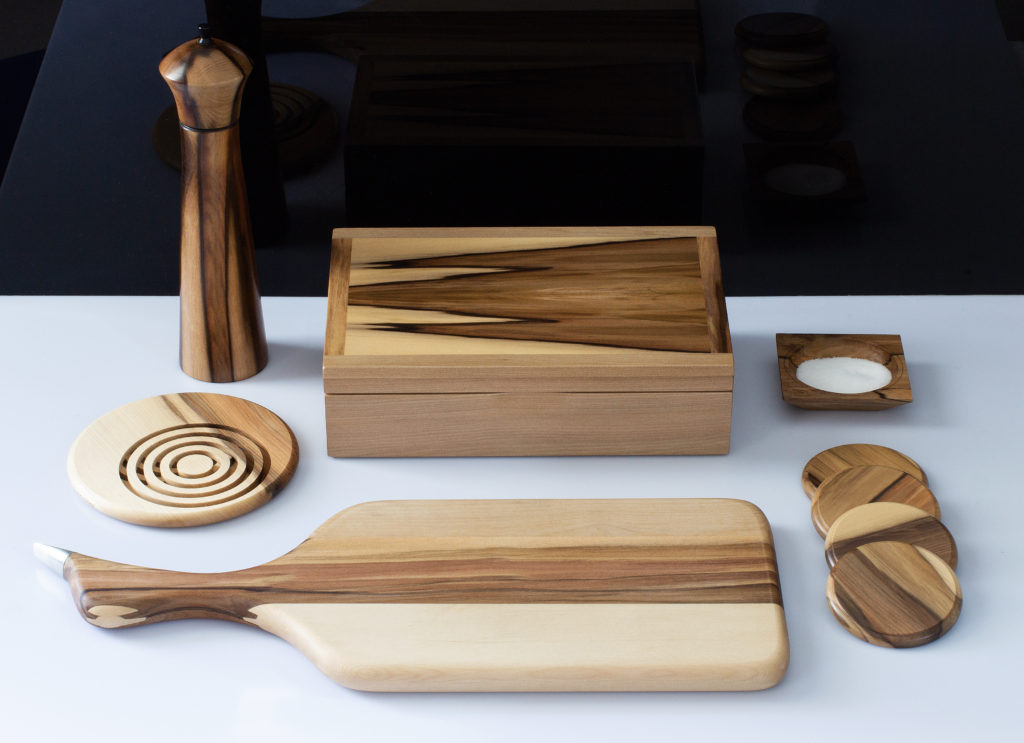 Australian Woodwork features the best of Australia’s designer/makers working in native timbers, all sustainably sourced and harvested – but ever-popular Sassafras is becoming scarce.

Blackheart Sassafras, from the cool temperate forests of Tasmania, has always been highly prized for its dramatic figuring which occurs randomly and can’t be cultivated, hence its rarity. It’s all due to a fungus which makes its way through the tree leaving behind a trail of dark chocolate through the pale golden timber. 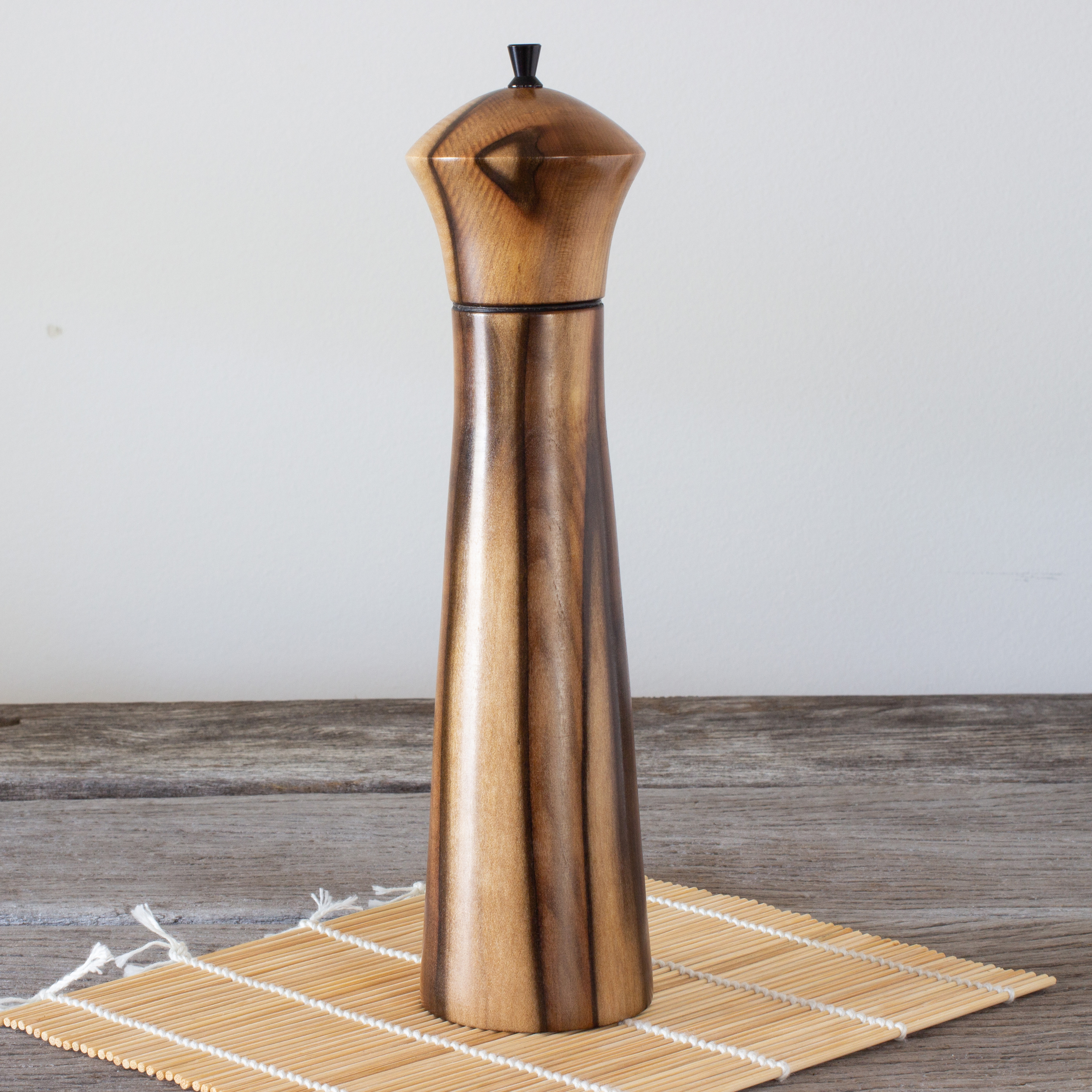 Seven years ago Tasmanian forestry locked up large areas which had been a source of good Sassafras – nothing wrong with that, let’s hear it for the environment – but this led to two things,

1. Special Blackheart Sassafras became even harder to get, and

2. Available stocks were bought up in large quantities by speculators who saw, rightly, that these would be a great investment.

Much of this stockpiled Sassafras is exported for high prices that squeeze small-time craftsmen and woodworkers – the woodworkers who make Australian Woodwork products, and who use less than 3% of selectively harvested timber like Sassafras and Tiger Myrtle. For now, Australian Woodwork craftsmen have some stocks of Sassafras left but as those remaining stocks run out, the price of all their Sassafras items will go up. Their woodworkers predict price rises of around 30% when they are forced to compete with the big guys in the marketplace.

To purchase Sassafras items before the prices go up – head to www.australianwoodwork.com.au 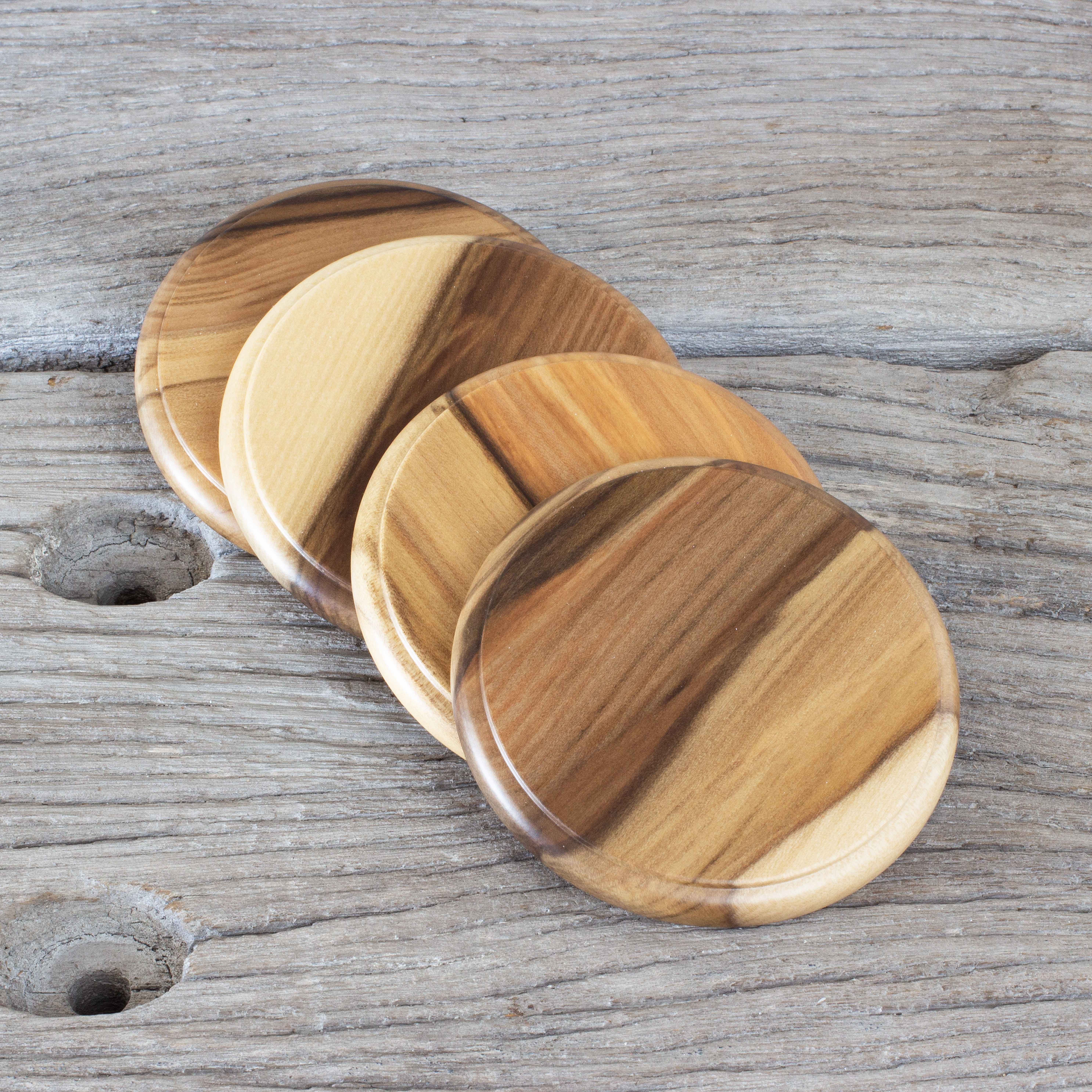