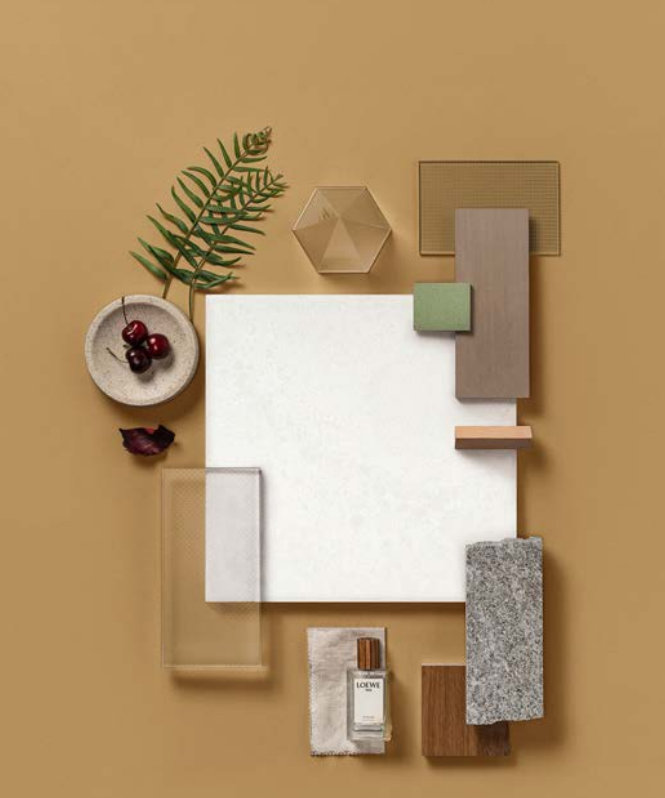 Silestone® Loft is Cosentino’s latest collection of high-performance surfaces, which offer a contemporary and sophisticated take on the industrial style. Masterfully replicating the look and feel of concrete, the Silestone® Loft collection consists of five contemporary colours, which each capture the essence of a city suburb that instils a unique industrial beauty within its streets and buildings. This new collection of urban colours works in harmony with natural and modern materials.

This industrial style grew in popularity in the mid 20th century, when inner city abandoned factories, large workshops and warehouses turned into open-plan housing, or what became known as loft apartments. With this, materials such as concrete, became a central and popular feature within many homes, turning the industrial style into a trend that is still very much evident today.

The collection’s colours include, Camden, Poblenou, Seaport, Nolita and Corktown, whose names represent five iconic neighbourhoods with a distinctive history and industrial aesthetic.

Silestone® Camden is inspired by one of London’s most influential alternative neighbourhoods – the sounds of 80s punk, a thousand languages, and is home to hundreds of artists. Posters and ephemeral works of art are part of Camden’s history and decorate its exposed brick façades. Authentic, steely shades and the natural wear and tear of living spaces have inspired the cement grey surface. A soft, delicate and consistent grey, with a fine grain and a very subtle white veining. It is a versatile, adaptable colour, easy to incorporate with any decoration thanks to its homogeneity.

Silestone® Poblenou is inspired by the epicentre of the industrial revolution in Barcelona. Poblenou has a Mediterranean warmth, with an industrial appearance. Its old industrial buildings have been turned into fabulous loft spaces surrounded by art galleries, bars and businesses. Its essence has inspired Silestone® Poblenou, a warm shade of grey with very subtle veining on its surface and a sandy background that brings brightness and offers a comforting texture and familiar ambiance. Silestone® Seaport is a nod to the small seaside district in south-eastern Manhattan, where the past coexists peacefully alongside docks, restaurants and shops. Exposed bricks, worn concrete and characteristic wood from the docks form a chromatic range that has inspired this Silestone® colour. Thanks to the effect of its colour and shades, Silestone® Seaport is very similar to dark, worn cement, and its striking white shades blend in perfectly with the background.

Silestone® Nolita another New York inspired creation is specifically inspired by a neighbourhood that was avant-garde even before it was given the name Nolita (North of Little Italy). In the mid-90s, Nolita found its personality and architectural identity that gave it such a unique and distinctive character. With this historical background, Silestone® Nolita is the white shade of the Loft collection.

Silestone® Corktown has been inspired by the light and shade of a Detroit neighbourhood, which grew up amidst steam, pistons and the sound of engines. Corktown was successful and prosperous until depression and deterioration crept in and took over. Despite these knock-backs, it regenerated a few decades ago with a renewed beauty and an interesting and intellectual old style. This has inspired Silestone® Corktown, the most intense, solid and deep black of the Silestone® Loft collection. Its dark background blends beautifully with intense brown touches and an extra matte finish.

Aware of the importance of continuous innovation, Cosentino has constantly evolved its features to adapt to new market needs. Launching with, and as a key feature of the Silestone® Loft Collection, is the revolutionary Silestone® HybriQ technology. This innovative new technology uses a hybrid formula made up of minerals and reused raw materials, such as recycled glass, to manufacture Silestone surfaces. With HybriQ technology, the presence of crystalline silica is significantly reduced. Characterised by Cosentino’s commitment to the environment, circular economy and sustainable management, this new production process uses 98% recycled water and 100% renewable energy.

Silestone® surfaces are exceptionally durable, easy to maintain and are highly resistant to scratches and stains. With 40 colours across different textures and formats available to suit traditional, classic, modern and contemporary environments these surfaces can be used for a broad range residential, hospitality and commercial settings. Popular choices for Silestone® surfaces include kitchen and bathroom benchtops and splashbacks, bathroom flooring and sinks.

Cosentino is a global company with a local outlook and has redefined indoor and outdoor surfaces for the Australian architecture and design industry. Its innovative surface solutions perform beyond expectations, bringing aesthetics and functionality to the world’s most beautiful residential, commercial and hospitality environments.