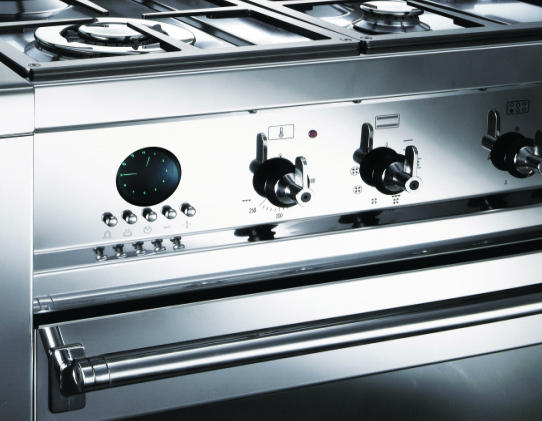 The impressive Opera series cooker features the much anticipated Smeg Thermoseal, assuring a consistent and regulated oven temperature. Selected models also include pyrolitic cleaning, making Smeg the first brand to release a 90cm pyrolitic cooker with an induction hob. The hobs are logically designed, high performance and have a variety of power levels to suit any user’s cooking needs. It’s no secret the freestanding cooker has previously come second in favour of the built-in oven’s temperature control, however, Smeg’s Thermoseal means this is no longer the case. Continuously breaking boundaries, the freestanding model is an industry first with a perfectly controlled cooking environment. Smeg’s cutting-edge Thermoseal oven technology present the only 90cm models to have a massive 126 litre capacity and not one, but two rear-mounted fans. The effect of Thermoseal, with its twin fans and rear baffle, is to create a dynamic airflow within the oven cavity, creating excellent results time after time. 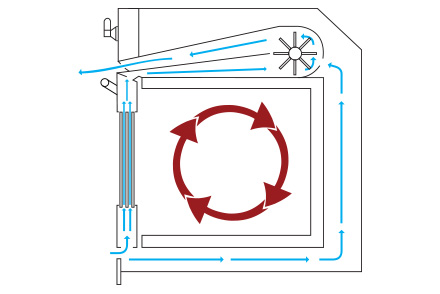 It often seems unthinkable for an oven to guarantee a consistently perfect cook, unbelievable even for the most capable chefs. The result of Thermoseal is ‘pefect baking – every time’, with the oven adopting the ‘set and forget’ feature. This gives many hopeful users the assurance that the oven will produce the intended dish and if you hadn’t already gathered – perfectly cooked.

Succulent roasts, crisp pastry and impressive baking seems like a dream come true for most, Thermoseal  technology means several levels can be used simultaneously to cook different dishes, with no transference of flavours.

The collection does not only satisfy taste buds, it’s also quite easy on the eyes. In terms of design and colour, consumers have many handsome options. From the vintage styling of the award-winning Victoria upright, to the commercial-inspired Classic model hand-crafted in satin stainless steel. Designed by renowned

Italian architect Guido Canali, the Classic has been an industry leader since 1985. Both styles of cookers are feature rich, including integrated self-cooling, easy clean enamel and gourmet culinary options such as pizza stone, rotisserie and a teppanyaki plate. 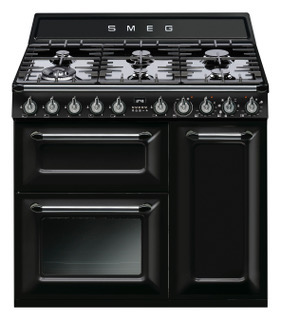 Nothing less than perfection, Smeg leaves no inch of its oven unaccounted for. Smeg enamel is applied using the Electric-Static method, resulting in a glass-like finish making it extremely easy to clean. The baking trays also include the Ever Clean enamel with the addition of shaped holes along each side that further  contribute to the unrivalled air flow within the oven cavity.

Smeg’s freestanding cooker is the latest technology for the kitchen. The best thing since sliced bread, the range of appliances with Thermoseal technology retail nationally from $2590.