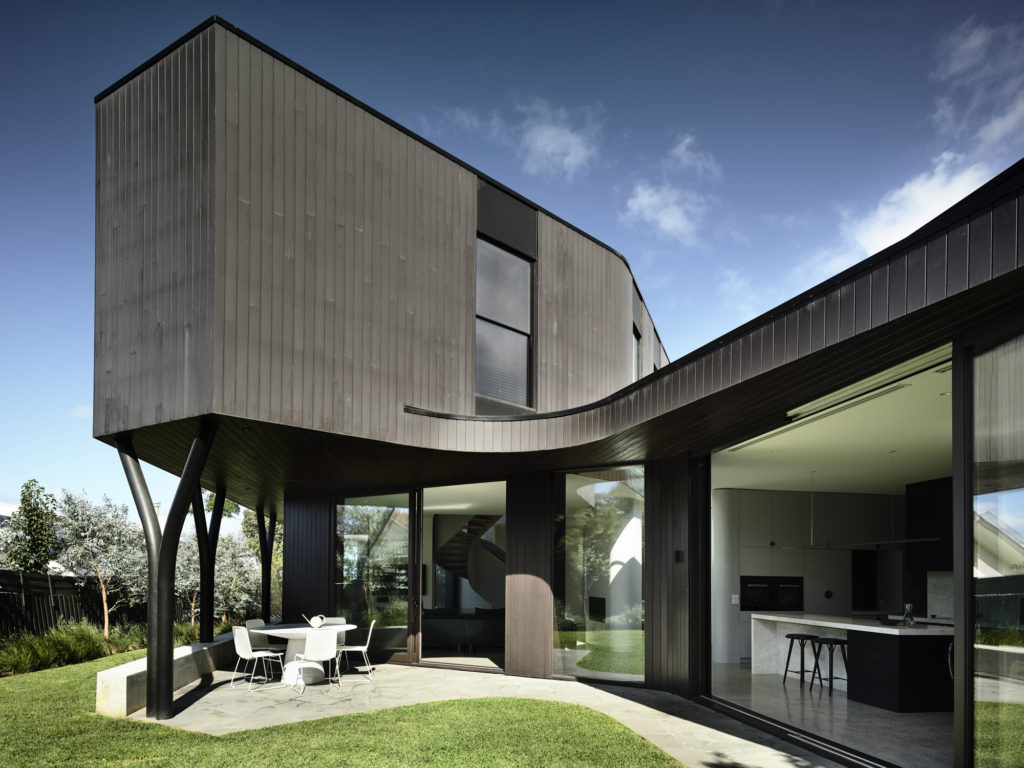 Architectural practice Auhaus create a stunning family home in an unusually shaped block in Brighton with an inventive use of thermally-modified American tulipwood.

When they first embarked on their Brighton House project, Ben Stibbard and Kate Fitzpatrick, Principals of Melbourne based architecture practice Auhaus, say they became “preoccupied with creating a house that felt open on a constrained pocket site”. The 500 square metre corner plot in this affluent coastal suburb can only be described as an‘odd-shape’ and the challenge set by the owner / developer was to create a private space. “We wanted to create a sense of entry and keep the light in the site but also didn’t want a fishbowl, the sense of privacy was also important,” says Fitzpatrick. “We came up with a concept which enabled the structure to hug the boundary but feel surrounded by green and have some protected spaces”. The solution allows views from the front to the back of the house creating a generous feel and flow that gives the illusion of a far bigger space. 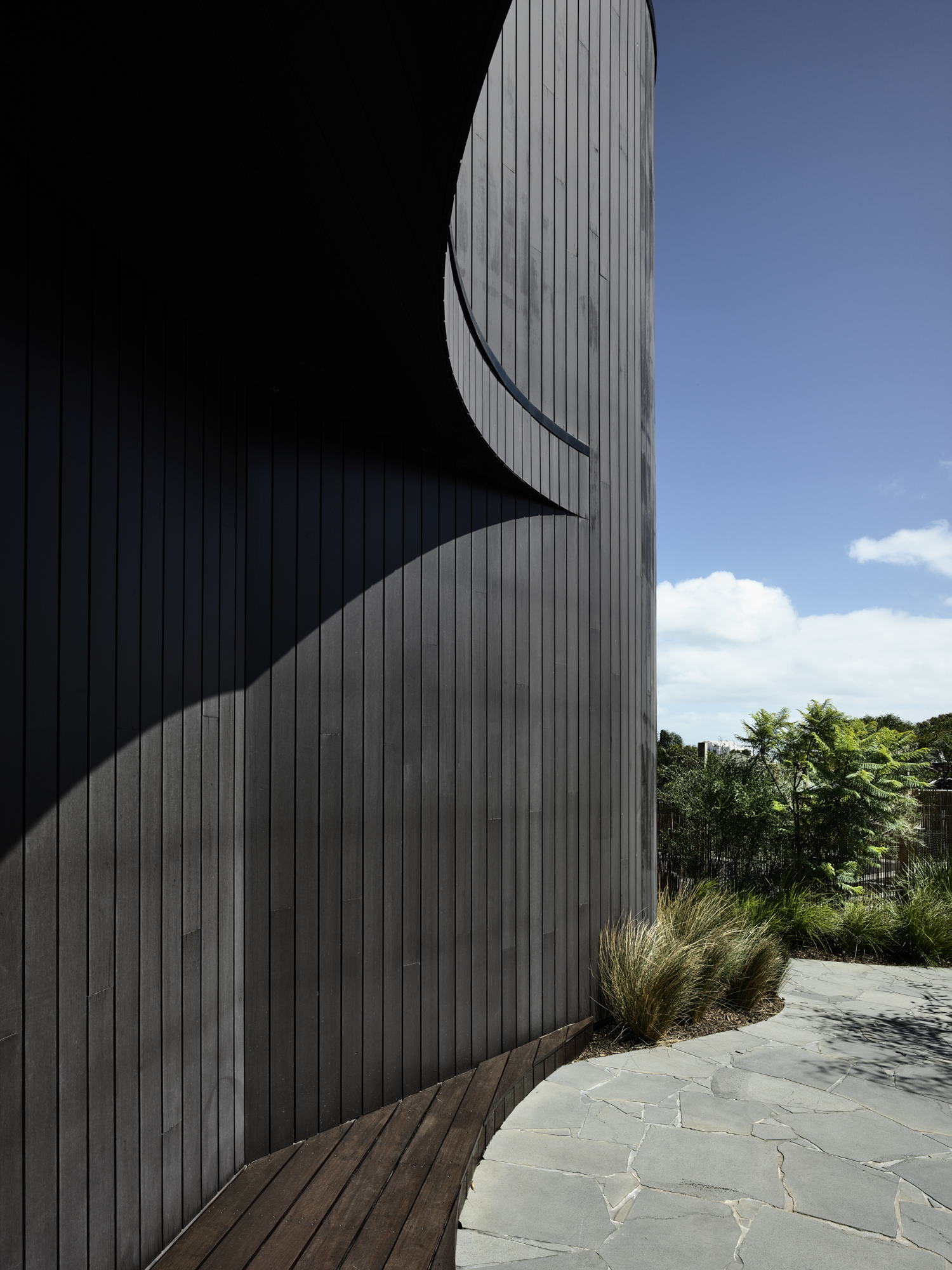 The widened entry creates impact that is enhanced by the unique exterior finish. The owner requested a strong façade to the house and Auhaus were keen to avoid the ‘typical Brighton House’ of neutral render and glass.  “We considered how to draw attention to the form of the building and ensure it presented strongly from the street to further enhance the entry experience” says Stibbard,  “We have used black exterior finishes in projects before and knew that it would provide impact and reduce the structure to a single form” he added.

The team liked the aesthetic of a stained timber exterior to contrast with, and highlight, the planned verdant green landscaping for the property. Timber cladding of course can be challenging to maintain, not least in Australian coastal environments such as this. Thermally treated timbers were considered given their resistance to the elements and minimal maintenance requirements. Auhaus were introduced to thermally-modified American tulipwood by Melbourne based importer Richard Bugg from American Hardwoods. Not only was this an option that was cost effective, it was also lightweight, which made it ideal for the expanse of cladding required. “We did plenty of testing to get the richness of colour. We used Quantam Aqua Stain which is an oil based stain. I’ve used this in black before so had confidence it would work” Stibbard says of the finish. American tulipwood is gaining in recognition and popularity in Australia. “Until now we have only seen one other instance of it being used externally in Australia and that was thermally-modified, but with a natural finish. What Auhaus have achieved here is truly impressive, both in terms of creative use of a readily available timber but more importantly in realising such a stunning design” says Rod Wiles, Director of the American Hardwood Export Council Oceania. “We’re very excited to see how the timber has performed over time in the Australian climate, but recent images suggest that it is maintaining its appearance well.” 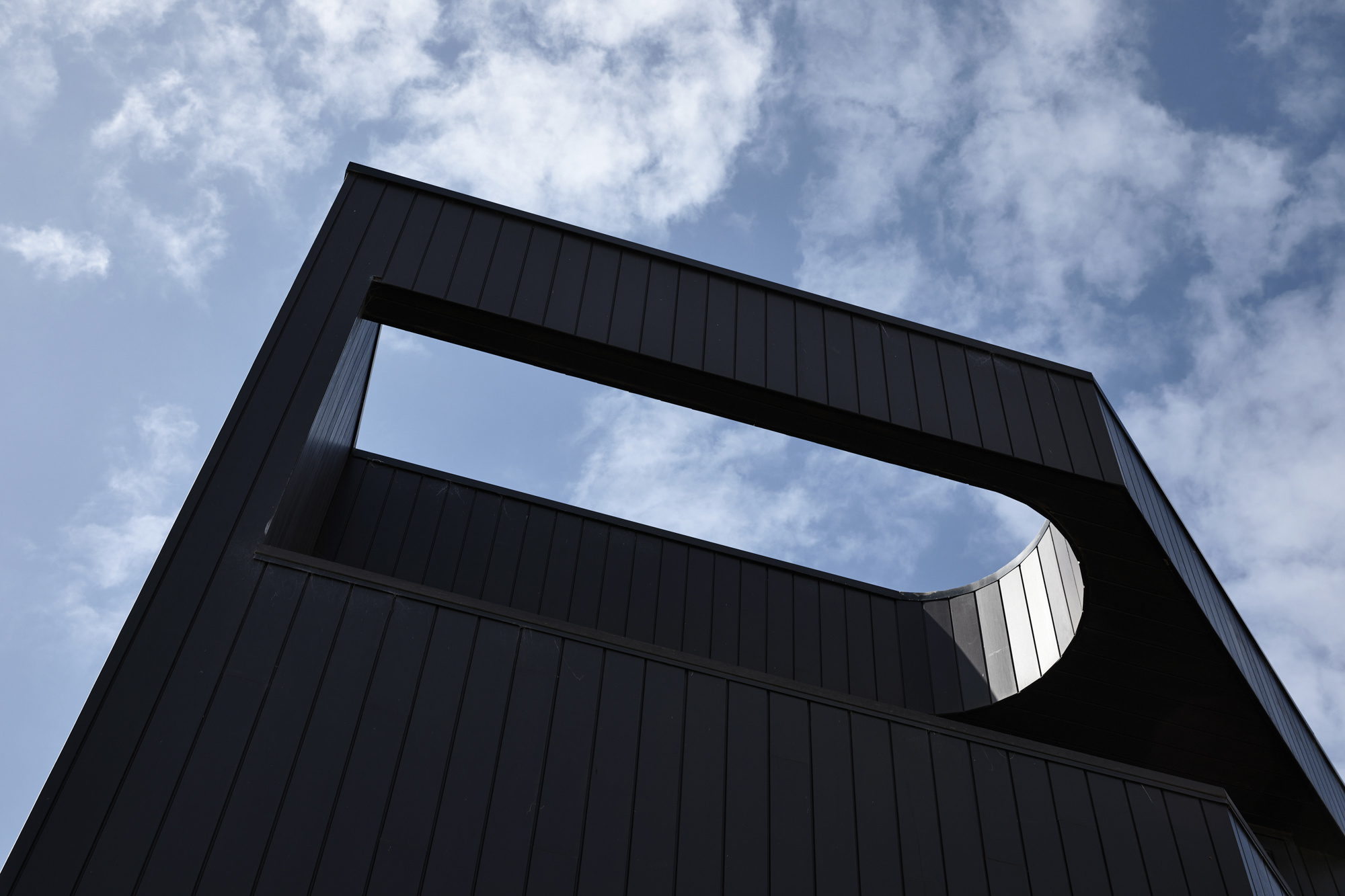 Thermal modification of some select US hardwood species allows for interior furniture, flooring and joinery hardwoods to be used in exterior applications, where durability and dimensional stability is paramount. This can offer a viable sustainable option for a range of uses, hitherto inaccessible to temperate American hardwoods. While only fairly recently available, they are now being recognized for their aesthetics and performance and are being specified worldwide in outdoor furniture, decking and cladding.