The Future Project Award shortlist reveals ambitious, visually striking and record-breaking designs from around the world, in the twelfth edition of the World Architecture Festival, the world’s biggest architectural awards programme.

Amongst the Future Projects Shortlist are the highest water-touch bungy jump in New Zealand; an ambitious reimagining of Cape Town’s city bowl; a soaring ribbon-like broadcast tower and visitor centre in Çanakkale; a shimmering modern ice hockey arena in Syktyvkar; and a visually spectacular kinetic bridge for Auckland’s waterfront. 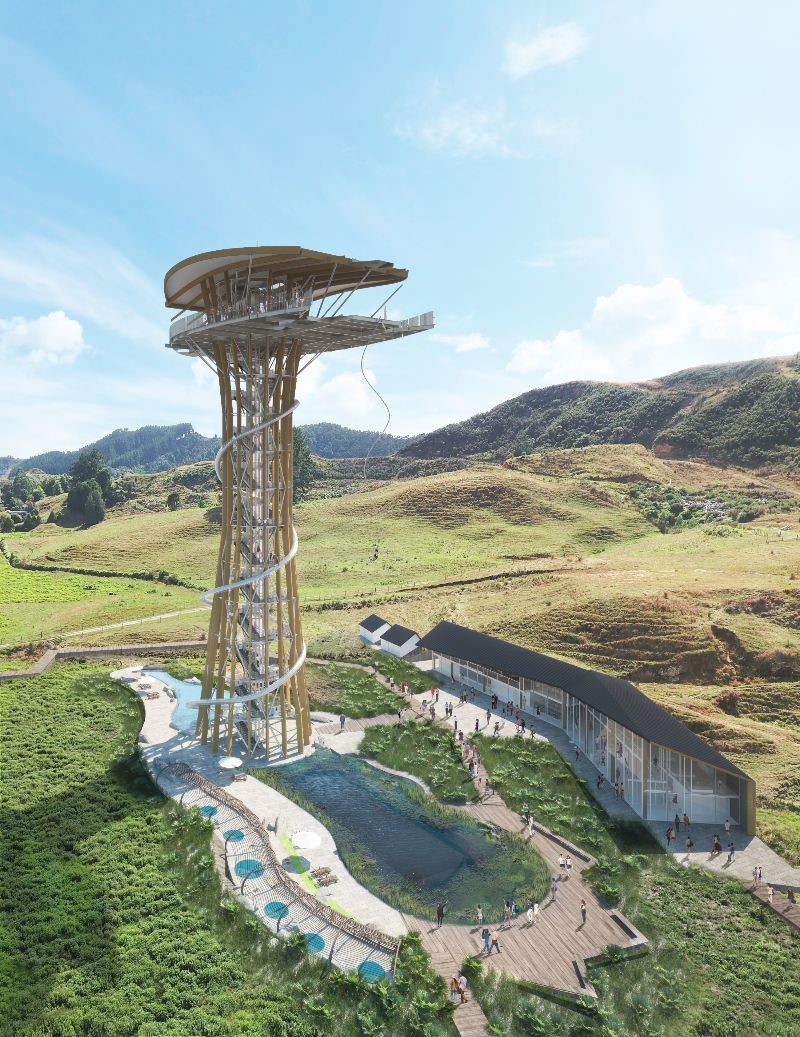 At 55m-tall, Waitomo Bungy Tower by Ignite features New Zealand’s highest water-touch bungy jump, as well as the tallest and longest dry slide and the tallest timber structure in the country. The bungy tower will be the main attraction of the world-first tourist attraction, Waitomo Sky Garden, offering free-style bungy jumping from the roof. The Circle of Good Hope by GLH Architects is a striking new infrastructure proposal for The Cape Town Foreshore Freeway Precinct, designed to reconnect the city to the sea and its surrounds, and featuring an iconic gateway to enhance the city’s Table Mountain backdrop.

View a selection of images of highlight projects from the 2019 Future Projects shortlist here.

WAF will reconvene in Amsterdam, The Netherlands, from 4-6 December this year. This is the second time the event has been hosted in the Dutch capital, following previous editions in Barcelona, Singapore and Berlin.

The architects and designers behind each shortlisted project will compete for category prizes at WAF from 4-6 December. Presentations of the shortlisted designs will be made to more than 100 international juries in front of festival delegates. Category winners then compete against each other on the final day of the festival, to compete for the ultimate accolades of World Building of the Year, Future Project of the Year, Interior of the Year and Landscape of the Year.

WAF programme director Paul Finch commented: “We have been inspired by the levels of innovation in this year’s entries, that show the incredible range of ways in which architects are responding to the global climate and biodiversity emergencies we face.

“WAF has attracted more than 1,000 entries, for the second year in a row, from 70 countries, and we look forward to more than 500 live presentations at the Festival in Amsterdam, showcasing these exemplar projects from around the world.”

WAF and its co-located event, INSIDE World Festival of Interiors, will welcome more than 2,000 of the world’s leading architects and designers to Amsterdam for three days of conference programmes, awards, exhibitions and fringe events from 4-6 December.

Featured Image: Currently under construction, Çanakkale Antenna, by Powerhouse Company, is a combined visitor centre and multimedia broadcasting tower, located on the outskirts of the historic Turkish city. The roof of the rich red corten steel ribbon becomes an open-air path through the forest, offering breath-taking views of the Dardanelles. Image credit: MIR