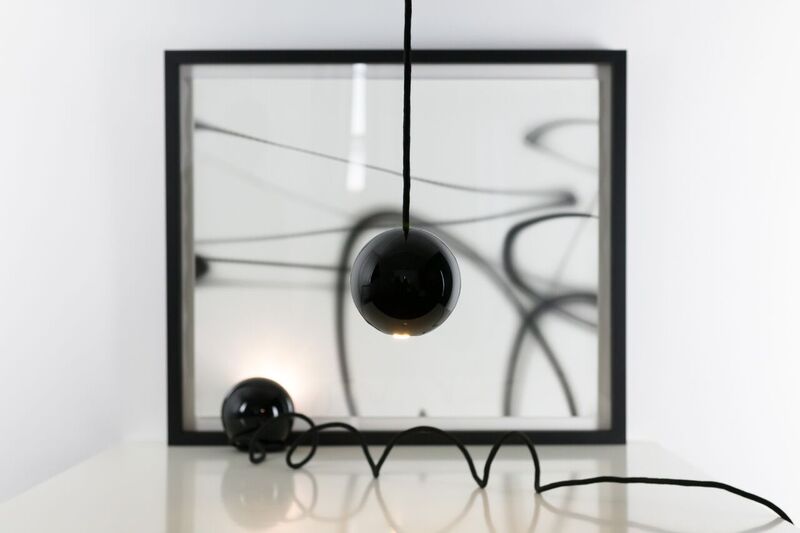 Hallmarked by a philosophical awareness and contemporary and playful designs, Ilanel is brightening the lighting industry through coloured and experiential illumination. Furnishing International caught up with Ilanel’s Founder, Ilan El, who explains the genius behind his bespoke lighting.

Creating an interactive lighting experience is no easy feat, but after a lifelong fascination with architecture and in-depth studies into experiential illumination; whimsical and engaging lighting projects are a natural part of Ilan El’s professional world. He felt the pull towards the design industry at a young age.

“People often ask me, what made you choose lighting design and why? The short answer – it chose me. The long one starts with childhood memories. When my brother and I got our first Lego kit he built a spaceship and I built a house. He added jet engines and I had to have a chimney,” El explains.

Fast forward twenty years and El was taking his childhood fascination and transforming it into a prosperous career. He started this journey as an architecture student, studying the history of art and design, as well as engineering, psychology, sociology, chemistry and philosophy. These were some of the “most creative, challenging, and happiest years” of El’s life and it was this confidence in the social sciences that assisted him in becoming a better architect.

Architecture defines our built environment; our cities, our workplaces, our homes. These affect who we are, how we interact with one another, how we live our lives. So yes, studying social sciences made me a better architect, a better designer, and a better person. As someone responsible for the way people live, having [a] better understanding of their needs [is] crucial [for how] I design their living or work spaces,” says El.

As it turned out, his first degree was just the beginning of what was to come. “Somewhere between writing my thesis [and] building models, I joined Diadem’s design team and juggled between interior design and industrial design. Diadem supported me through to my graduation and beyond. They commissioned my very first light installation at the Tabcorp Marquee for The Spring Racing Carnival,” El explains.

Two years after he graduated, El was a registered architect with a collaborative studio that specialised in the design of innovative products and stylish interiors. Being continuously drawn towards the way design affects people; his insatiable hunger for more was not yet satisfied. 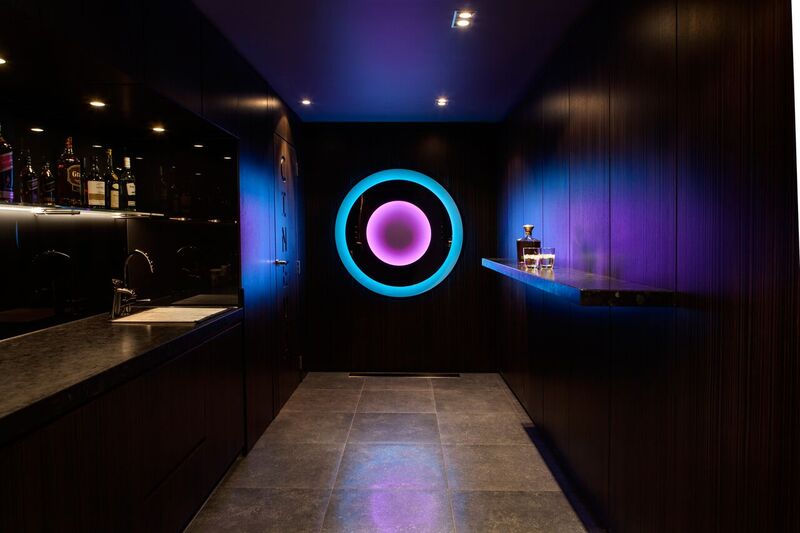 It was around this time that a friend asked El to design a fashion boutique, and soon after another friend hired him to design a sushi bar. From here, El swiftly made the transition from architect to interior designer. While he was actively planning the interior layout, finishes, graphic design and lighting for this contemporary Japanese restaurant, he was exposed to the production of luminaire.

Intrigued and enlightened, El took the initiative to learn as much as he could about the concept to ensure the lighting choices he made were close to perfection.

Light, in itself, has two states of existence – on and off. Through his research, El discovered that when off, a light is just another object in space, however, when on, it comes to life and carries the potential to light up lives. After this realisation, El’s architecture and social sciences knowledge wasn’t enough. So he moved to Melbourne and furthered his education.

“It was literally a light bulb moment. I saw the light and knew that’s what I wanted to do more of. I searched the globe and decided to join RMIT’s Master of Design program where I specialised in experiential illumination,” El explains.

“I was lured to Melbourne for its cultural vibe and explored the spatial relationships light creates with environments and their occupants; and ways to harness illumination for a better wellbeing,” he adds.

A couple of years later, Ilanel launched. “Ever since that light bulb moment, my passion for innovative design extends beyond the physicality of mere objects. Design is about experience – a philosophy that encompasses spatial relationships and the touch points between people, artefacts and their evolving environments,” El explains.

In the early days of the business, El would spend endless hours travelling around Melbourne interacting with suppliers and fabricators to develop long standing working relationships with likeminded companies that could assist him in achieving his dream. His focus was on product and service excellence, whilst supporting the economy. 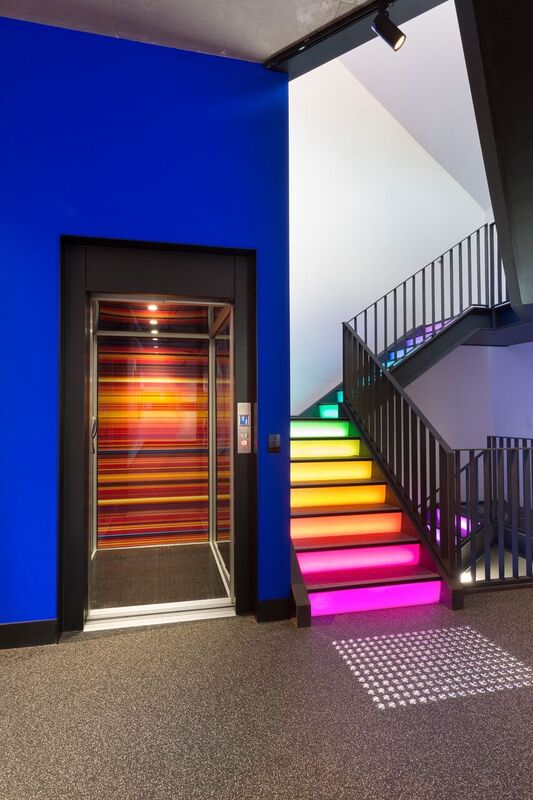 “All our products are proudly made in Melbourne from local and imported ingredients. We use fabricators from all around Melbourne and country Victoria and import components from Europe, Asia and America. We only import parts and materials that we can’t get here. Our success is measured by the quality of our products, which can only be achieved through having easy and daily access to our local fabricators,” El explains.

Ilanel’s quality lights reflect his unique understanding of people and space. Together with his small team in their 150 square metre warehouse in St Kilda, Melbourne, Ilanel works on a variety of materials to create bespoke briefs and custom projects.

“I’m intrigued by different mediums for my creations and constantly explore new ways of expression. I work with natural and earthy materials, such as wood, natural yarns and porcelain. I also use various metals, glass and polymers,” El says.

El’s love for tailor-made and distinctive creations has seen him working with a range of professionals, including Graphic Designer, Sarah Hotchin. The two worked on the lighting graphics for the eclectic light installation at the Royal Bank Chambers on Melbourne’s Collins Street. The chandelier was custom designed to suit the Royal Bank Chambers’ 1940s style, and is a recent piece of art that El is particularly proud of. The thirteen-metre chandelier was constructed from contemporary materials and inspired by Egyptian and Japanese influences. To maximise the chandelier’s overall impact, a clear film imprinted with spectacular symmetrical patterns was used. Each part was especially made over a six-month period, which was shadowed by a thirteen-hour installation that resulted in the chandelier suspending from the ceiling. Featuring a hidden pulley system, the chandelier can be raised or lowered for cleaning and maintenance purposes. The finished product is a stunning addition to the structure, which pays homage to the building’s original heritage and style. 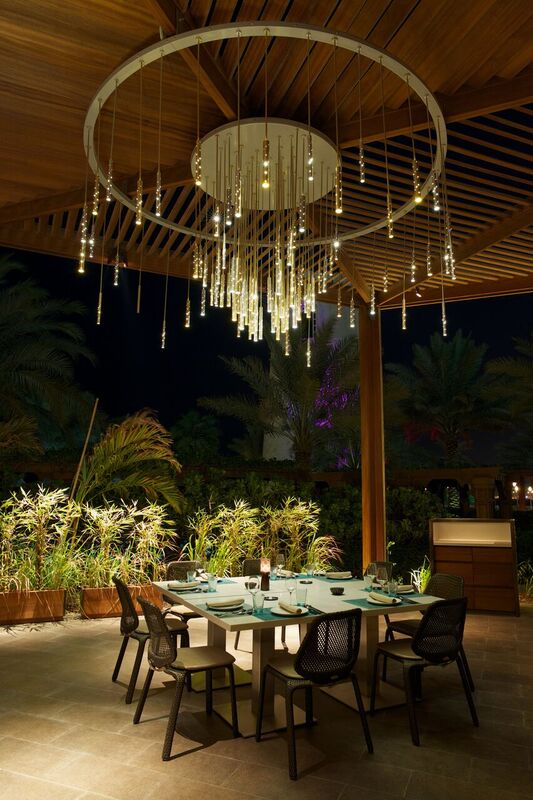 El’s well-regarded reputation within the industry has also made it possible for him to complete large scale projects for Estée Lauder and hospitality giants, The Four Seasons and The Marriott Hotels. With every project, El aims to capture simplicity whilst “lighting people’s lives,” by evoking an emotional and engaging response from his clients.

“Being a designer, as opposed to an artist, I design to a brief, to a need, to client specifications. As such, I am mostly inspired by people and their dreams. Another important influence to my work is nature and natural phenomenas,” El says.

His favourite piece of work thus far is the luminary he created back in 2007 with a group in Tokyo called Space Dance. The contemporary Japanese dance crew focuses on the particular performance art of Butoh, which comprises of a variety of body formations and physical detailing. El was asked to develop an interactive lighting feature, which would represent their fearless movements. In appreciation of the group’s technique and style, he created a versatile and sophisticated piece; and titled it Nu.

“The piece is constructed by four sections (limbs) hinged together (joints) and ready to take on endless formations. Combined with illumination, it generates an environment for exploration of light sculpting,” El explains.

The first light El ever brought to life was Rain, which to this day, continues to be Ilanel’s best selling light composition. Illumination is the key concept behind the multi-sensory light, which combines sight and sound and encourages interaction through touch.

“Rain captures the shimmery sparkle of raindrops frozen in descent and voices a whimsical chime of flutes. Individual drops are visually subtle, but gain tremendous strength when multiplied and clustered in large groups,” says El.

Another way El is revolutionising the industry is through coloured illumination and patterns created through light and shade. El believes coloured illumination is visually enticing and influential in its ability to alter the atmosphere of any given space. While researching illumination, he discovered the positive implications of colour psychology on the human condition.

“Phenomenas of coloured illumination, such as fire and the sky from sunrise to sunset, borrow their appeal from the fact that they seem to release us from the customary visual world. Hence the admiration and apprehension of illumination since the beginning of time,” El says.

A well-known example of the early uses of coloured lighting in generating an influential response is through the religious ideals of Catholicism. The warm light that seeps through stained glass cathedral windows creates an intense and serious type of light, which inspires an atmosphere of calm, and evokes deep thoughts and reflection. This ambience is believed to be a representation of God. Nowadays, coloured lighting is more commonly used in theatres to enhance a visual or to generate a certain atmosphere in the hospitality sector, such as function rooms, or even as a ‘mood maker’ in residential settings.

A close and unbreakable relationship exists between light, colour and emotions. This run on effect is often realised in a physical manifestation. Colour theorists and experts often claim that certain colours elicit certain emotions, which in turn, directly influences people’s way of life. Some theorists have even gone as far as claiming that colours can influence a person’s personality. Cultural associations are one of the biggest ways light and colour influence the world. These interpreted associations play a pivotal role in the way El designs his products as to elicit a specific mood or ambience. Although this sometimes may seem like a perplexing role, El takes pride in overcoming any obstacles.

“I love working with people from around the globe and bringing light to their lives. Our bespoke and large scale projects keep us at the top of our creativity, challenging us with problem solving and constantly teaching us one or two things we did not know,” says El.

With a world of new design prospects on the horizon, he fully intends to continue revolutionising the lighting industry with his bespoke, one-of-a-kind designs by taking his own advice – “be original and innovative. Support local makers and share knowledge.” Often taken for granted, the ability to harness the power of lighting is an exceptional, well-earned gift that El has mastered. His knowledge, experience, and above all, passion, make him a connoisseur and innovator in the field, allowing him to impact the physical world one luminaire at a time.