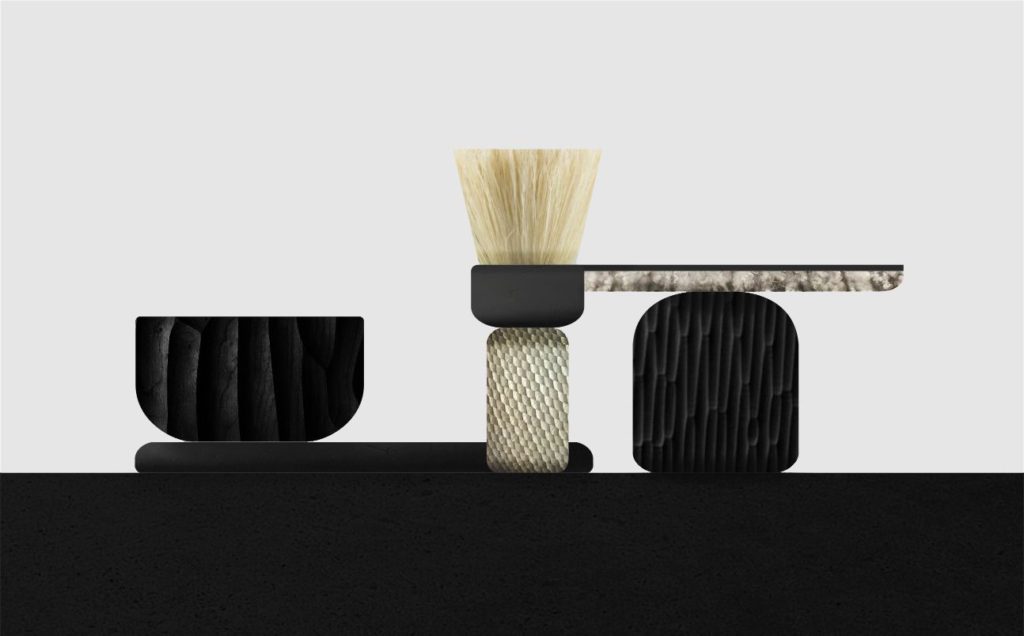 This September Uruguay XXI will return to the London Design Festival with another celebration of its national design talent, curated by London-based Uruguayan designer, Matteo Fogale.

‘Las Lenguas de Diamante’ features a series of poems which celebrate the body and its relationship with nature, and each of the creatives has taken one or multiple poems as the starting point for their designs.

Estudio Claro, a multidisciplinary collective who design products and spaces, have selected El Dulce Milagro as their inspiration. In this poem, Ibarbourou creates an enchanted world that is dynamic, feminine, warm and visceral, featuring references to blooming flowers and the stars as part of a powerful love.

Estudio Claro will present a series of objects that guide visitors through the stages of the poem including vases and vessels featuring sprouting flowers referencing joy and a mirror to symbolise the reflection of reality and the gaze of others. The series will culminate with a seat, representing the end of the poem, which reaches a moment of contemplation and quietness. Claro will work in ceramic, natural fibres and glass to create the piece. Estudio Diario, an industrial design studio based in Montevideo, has selected Salvaje, a poem that figuratively describes the typical Uruguayan countryside, guiding the reader through pastures and a stream. As the character moves through this landscape he slowly becomes part of it, surrendering to nature. As the poem progresses, the reader becomes part of this process, sensing the aromas, textures, colours and sounds highlighting the beauty of the wild.

Estudio Diario will present a series of small-scale objects for personal care including a mirror, container and hair brush. Visitors will be encouraged to interact with the objects, with the aim that these too will evoke a similar sensory experience to Salvaje. The objects will use contrasting textures, colours and contemporary forms. Estudio Diario will work with raw materials such as wool and tiento (a material derived from leather) and a mix of modern and craft techniques such as woodcarving and braiding of the tiento.

Muar takes inspiration from the title poem ‘Las Lenguas de Diamante’. Based on the passion between two lovers, Muar has designed two tables, each representing a lover, which are bound by connected ties that represent union and silent communication. The connection loops allow the tables to be arranged closely together or at an angle from each other.

On the collaboration, curator Matteo Fogale comments: ‘A poet is a person with special powers of imagination or expression. This year Uruguayan designers were challenged to seek inspiration from feelings and ideas manifested in the words of Uruguayan poet Juana de Ibarbourou, often referred to our relationship with nature and body. Design is a powerful form of expression that can influence the way we behave and interact with our surroundings, it is important we include these emotions amongst those functional aspects of design objects. Showcasing at London Design Fair is a great opportunity for Uruguayan designers to exchange their unique views and their country’s values with the rest of the world.’

The Uruguayan furniture and design sector is a young industry that has become a core area of growth for the nation. The hallmarks of furniture designed in Uruguay are simplicity and sophistication with a modern and functional character. With a notable concentration of local design talent and access to plentiful manufacturing, the industry has been able to grow beyond its borders, demonstrating international relevance through a series of awards including the Salão Design Award, in São Paulo Brazil, Design Award (in Italy) and Good Design in United States